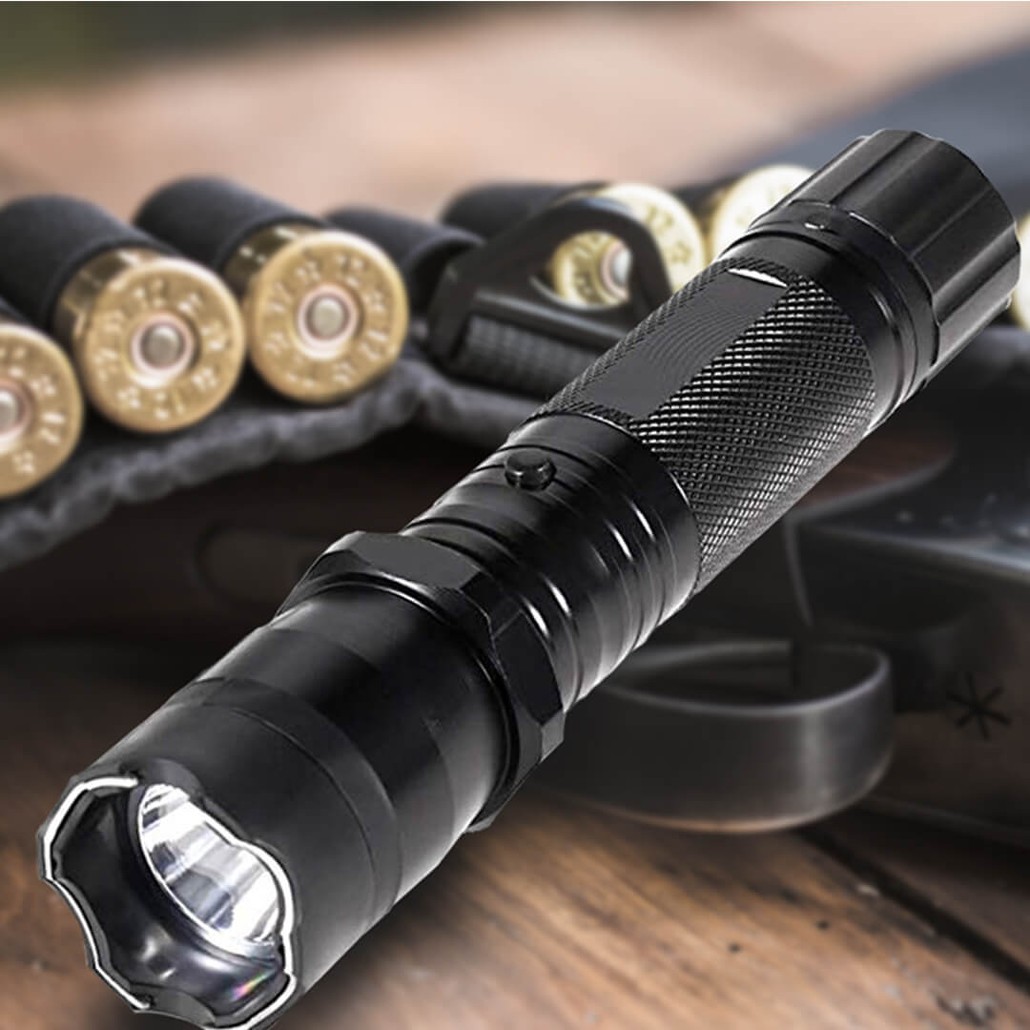 The simple fact the Shockwave is a powerful stun device should be enough reason to get this amazing tactical light. However, that’s not all that makes it one of the most elite tactical torches on the planet.

It Is “Nuclear Blast” Bright: The Shockwave stands head and shoulders above other tactical flashlights because it uses an ultra-powerful LED bulb.

But the best part is how bright it is! This incredible bulb fires off blinding light. Flick it on and your Stun Flashlight illuminates 10x the area of other lights.

It’s Built Like A TANK: The Shockwave is as tough as nails.
Made from an ultralight and ultra-rugged combat aluminum body every inch of it is reinforced so you can use it and abuse it for years.

It’s So Easy To Use: There’s nothing complicated about the Shockwave which makes it great for anyone over 18 years in age. To use the Shockwave to light up a football field just press the long switch on the top of the flashlight.

With your Shockwave with you everywhere it obviously means you’re protected anywhere and everywhere you go.

Plus, it’s just 6.5 inches x 1.5 inches and only weighs 4 ounces, which is the perfect size to carry around in a purse, a car, or a pocket!

It’s pretty easy to see why the Shockwave is the hands down champion of tactical torches for self-defense. 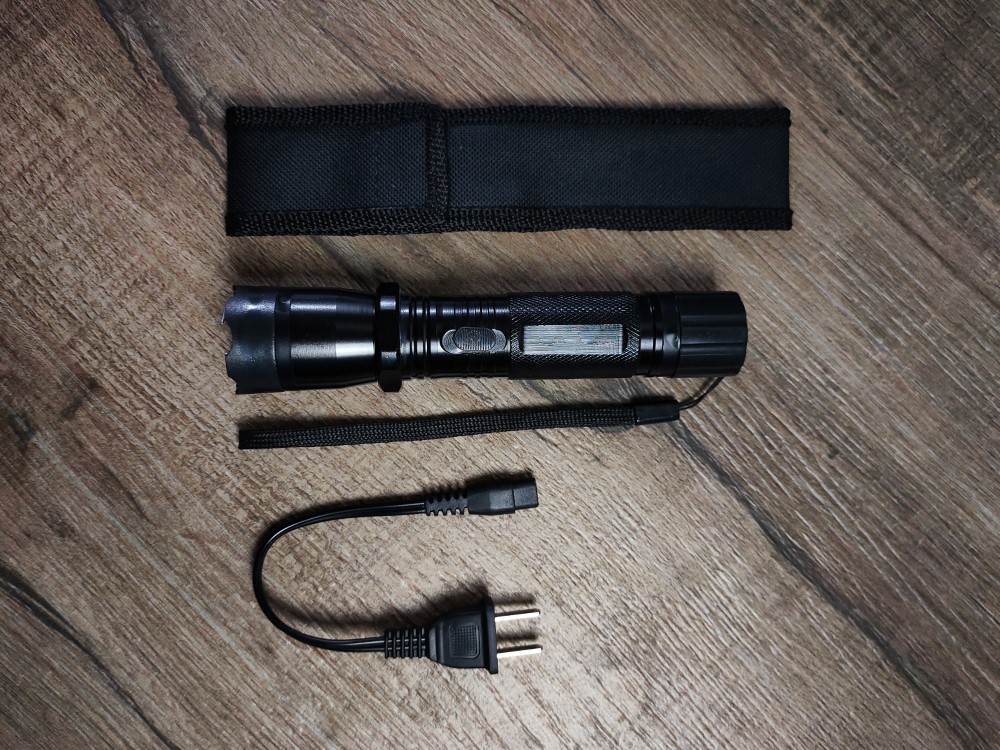 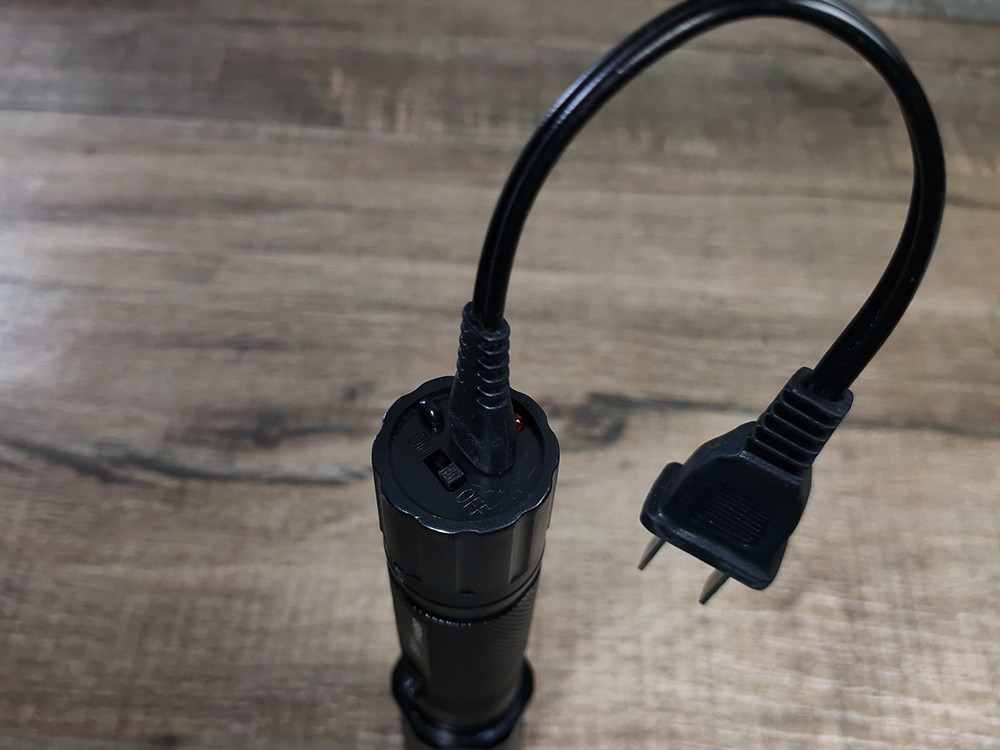 Don't worry about batteries because the powerful 2.5 amp Shockwave Torch is rechargeable! 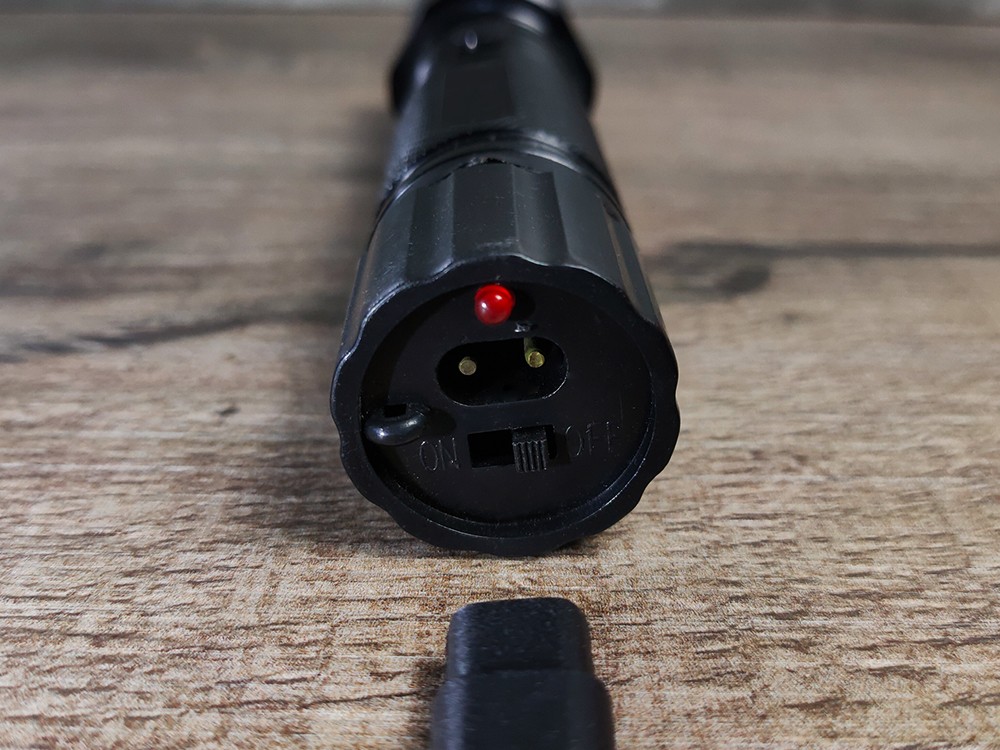 It Buys You Time In A Dangerous Situation!

One of the most useful benefits of owning personal safety devices is their ability to help you control and manipulate perilous scenarios without excessive force. The ability to incapacitate a violent, combative, or dangerous person temporarily can put the situation in your control, potentially allowing you to escape, call for assistance, or, if necessary, deploy a method of lethal force. 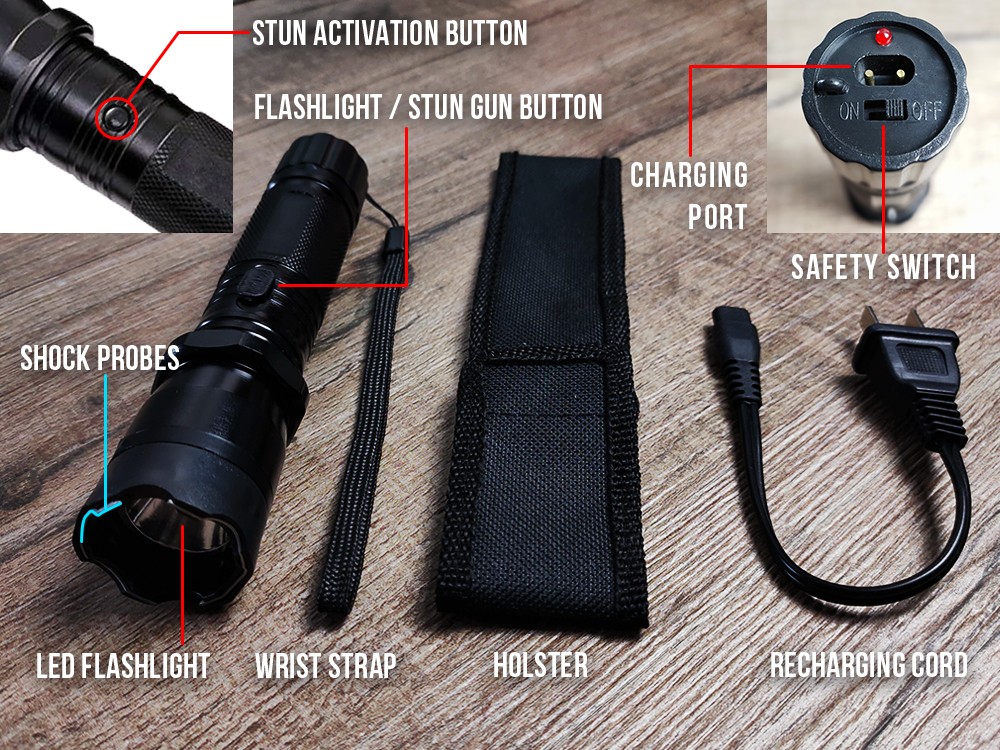 The Shockwave Torch Comes Complete With All You Need To Protect Yourself and Your Loved Ones!

The Shockwave Torch disrupt the body’s communications system through an attacker’s muscles and nerves. The powerful electrical current emmitted combined with the electrical signals of an attacker’s brain, makes muscle control almost impossible and even leading to confusion or temporary paralysis.

Should the attacker be touching you, the current will NOT pass to your body!

Our stun guns come with a disable pin, which is a safety feature
which prevents it from being used against you if it is taken away.

Choosing a non-lethal self-defense option like The Shockwave Torch has many advantages. There’s the normal human component of knowing that you’re not inflicting permanent damage on another person, even if they’re your attacker. This makes it far less likely that you’ll hesitate when you need to protect yourself. 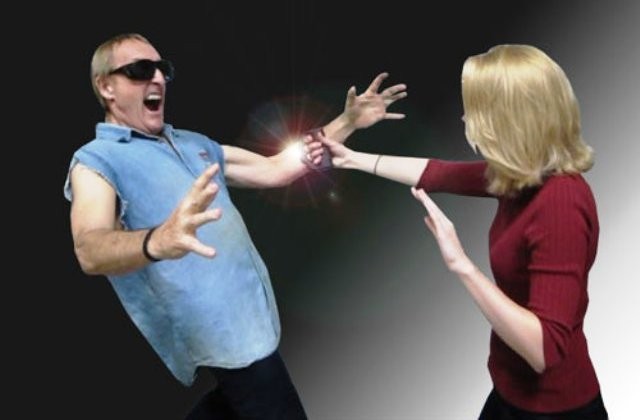 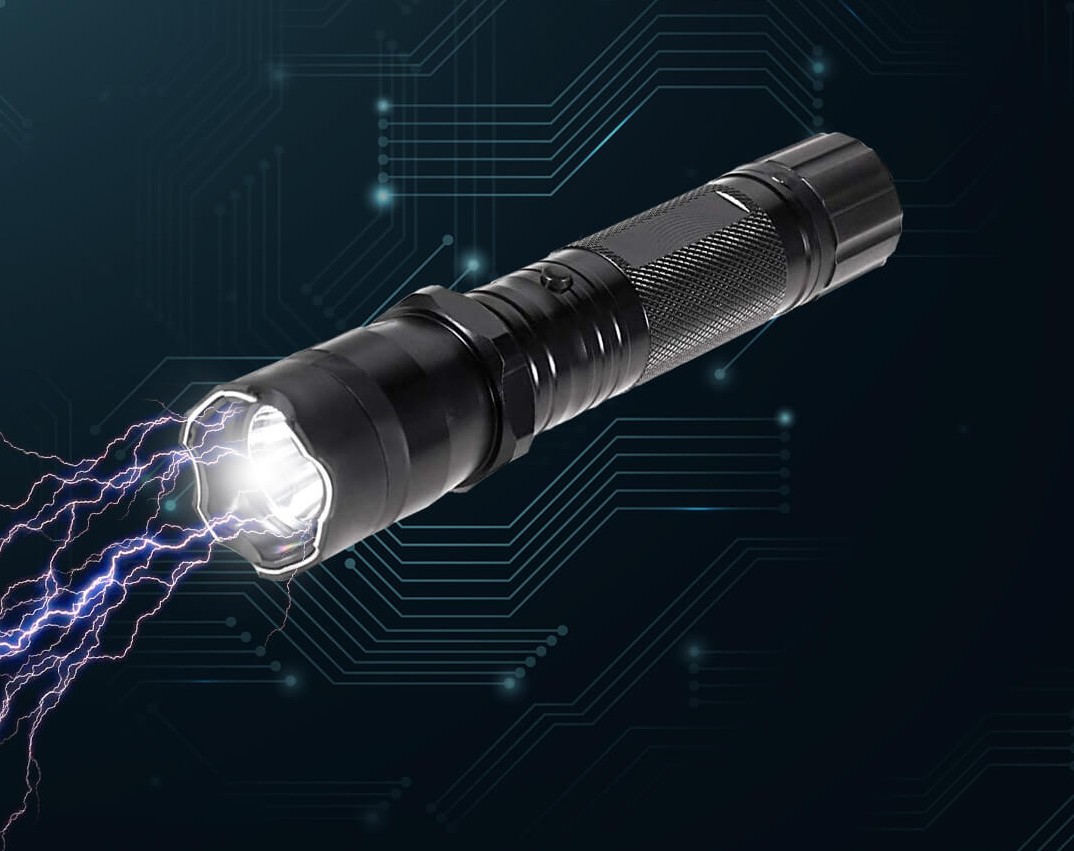 Often times the simple act of discharging your stun gun in the air as a “warning shot” can be enough to dissuade an attacker. This also applies to scaring off neighborhood dogs and wildlife if you have an active outdoor life. Preventing an attack before it happens is ultimately desirable. Anything that may prevent the attack from happening at all is a huge benefit.